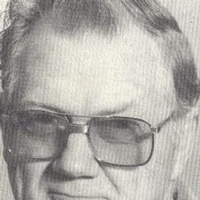 Don was born in Mitchell, South Dakota on May 16, 1930, to Mamie and James Leslie Hall. When Don was 12 his parents moved to Longview, WA where he attended high school and worked in bakeries.

He married Wilma Jean Madsen and they had 5 children, Patrick of Vancouver, Diane of Soldotna, AK, Donna of Longview, Peggy of Kelso, and Julie of Longview.

After a divorce, he married Marva Hall in 1962. They moved to the Long Beach Peninsula in 1973 where Don opend up a Bakery at Sid's Market. He later worked at Clarke Nursery and upon completing his Master Garderner classes opened up his own nursery, The Hall Gardens, where he created a beautiful garden filled with Rhododendrons, maples, and rare and unusual trees, shrubs and perennials. Don found great pleasure walking among the garden with friends who shared his love of plants.

During this time, Don and Marva adopted their daughter Amber. Don and Amber shared time on the tractor, loading bark and doing other gardening chorse. Customers returned each season to see how the gardens and Amber were growing. Don also served several terms as hospital commisioner.

In 2007, they moved to their 5 acres in Naselle. Don loved the peaceful setting as he sat on the deck with his faithul dog, watching the wildlife, and his granddaughters, Brooke and Klara Davis, playing in the yard. Don was preceded in death by his parents and 3 brothers, Stan, Leonard and Russell. Don is survived by his children and many grandchildren and great-grandchildren and will be missed. At his request, there will be no service.

Donations in his honor may be made to Harbors Home Health, or the Naselle Fire Department PO Box 54, Naselle, WA 98638 or a charity of one's choice.

His guestbook is available at www.penttilaschapel.com.
To order memorial trees or send flowers to the family in memory of Donald D. Hall, please visit our flower store.