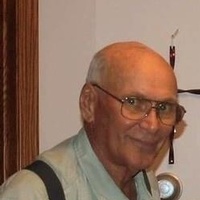 He graduated from Highmore High School in 1951 and moved to Edmonds, WA in 1952. Leonard joined the Army in March of 1953, and he served as a Sergeant in Korea.

August 29, 1953, Leonard married Eunice (Mickie) Mikkelsen in Holabird, SD. Their marriage was blessed with a house full of daughters. Through the years, Leonard provided for his family by working at Alcoa Aluminum, Apex Sanitation, crab fishing, Wolf Electric, and Central Service before starting his own business, Hamlin Refrigeration & Appliance, in 1981. Upon retiring in 1998, they made their home in Ocean Park, WA.

Leonard was a dedicated, loving family man. He was a kind, generous soul and a faithful Christian. He enjoyed his daily walks, ice cream, volunteering at church and the Senior Center, researching the family history and being a self-taught computer expert. He was an avid Portland Trailblazers and Seattle Seahawks fan.

His guestbook is available at www.penttilaschapel.com.
To order memorial trees or send flowers to the family in memory of Leonard D. Hamlin, please visit our flower store.