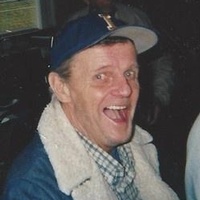 Marvin Raymond Kangas a resident of Ocean Park, WA passed away on March 17, 2017 at his residence in Ocean Park. He was 81. Marvin was born August 20, 1935 in Portland, OR to Donald Tony and Helen (Hagman) Kangas.

He attended Jefferson high school in Portland. After graduation, he was drafted in the Army in 1958. After he was inducted he spent a couple years living in Okinawa Japan and was discharged in 1964. After his service he met and married Nancy Helen Flager and had two sons, Tony Lewis Kangas Sr and Raymond Scott Kangas. They resided in Vancouver, WA in 1979 and then moved to the Peninsula. He and Nancy later separated.

Marvin was a member of the Eagles and Moose lodge in Ocean Park.  He enjoyed painting, woodworking, helping others with projects, karaoke, Seattle Seahawks and socializing with friends and family.

A celebration of life will be held Saturday April 1st, 2017 from 1 to 4 PM at the Moose Lodge in Ocean Park. Memorial contributions can be made to the South Pacific County Humane Society.

His guestbook is available at www.penttilaschapel.com.
To order memorial trees or send flowers to the family in memory of Marvin R. Kangas, please visit our flower store.