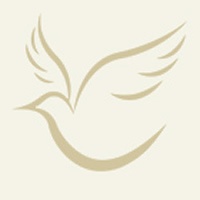 WALLA WALLA - Azmi Yousef Shawa, recently of Walla Walla, but primarily a resident of Long Beach, WA, passed peacefully with family at home on Tuesday, February 21, 2017, three days before his 93rd birthday. He was born February 24, 1924 in Gaza, Palestine, to Yousef and Nazaria (Shawa) Shawa, the 4th of 6 children. Azmi grew up in a tight-knit family compound within Gaza, an ancient Mediterranean coastal city. He graduated from the Kadoorie Agricultural School at Tulkarm, Palestine in 1943. He immigrated to the United States in 1949, obtained a bachelor of science in agriculture in 1951 from Utah State followed by a master of science in horticulture in 1953 from Colorado State.

Azmi met and married Florence Zimmerman in 1956 while working at the Washington State University Research Unit in Prosser, WA. They celebrated their 60th anniversary in May 2016. In 1957, with a new family in tow, Azmi took an assignment in the agricultural ministry of King Idris in Benghazi, Libya improving agricultural practices at various Libyan oases. He returned in 1960 taking a position at the WSU Research and Extension Unit in Long Beach, on Pioneer Road. Working there through his retirement in 1989 he attained the rank of Professor of Horticulture. Azmi and Florence built a home and cranberry farm in 1968. The property, on Sandridge Road, was purchased from Butch Glenn. Gary Luethe built them a wonderful home. In this bucolic setting Azmi and Florence raised their three children: Nabiel, Lameece and Reema. They were pleased when it came time to sell the home and property that it went to Butch’s grandson and his young family.

Azmi loved working his farm and raising a garden. A particular passion of his was razor clam digging and we have fond memories of digging clams together and later enjoying his special Boston style clam chowder. He loved preparing intricate Middle Eastern dinners to share with family and friends. Early on in Ilwaco Azmi was actively involved with Toastmasters and later became a dedicated Kiwanian. You may remember buying a Christmas tree from him at the club’s tree lot or having Azmi hound you during their annual orange and grapefruit sales drive. But Azmi’s interests extended beyond the idyllic peninsula; he had a touch of wanderlust. He relished new experiences, people and cultures. He led various family members on adventures throughout the Middle East, Europe, North Africa and South America. Azmi was a spiritual man and life-long Muslim. His travels took him to Jerusalem to pray at the Mosque of the Gold Dome, to the Cave of the Patriarchs in Hebron and perform the pilgrimage to Mecca in Saudi Arabia. Before retirement he enjoyed a six–month sabbatical assignment in Christchurch, New Zealand.

Azmi was interned at Lone Fir Cemetery on Friday, February 24, 2017 (his 93rd birthday). A memorial service will be held 1 PM Saturday, April 22, 2017 at the WSU Research and Extension Unit on Pioneer Road. Please join us in celebrating Azmi’s wonderful life. In lieu of flowers please consider performing a random act of kindness in memory of Azmi.

To order memorial trees or send flowers to the family in memory of Azmi Shawa, please visit our flower store.