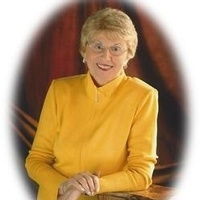 Bette Anne (Kennedy) Snyder of Long Beach, Washington passed away February 23, 2017 following a short illness.  She was born at home in Willapa, Washington on March 28, 1923 to Ala Kennedy and Ethel Clubb Kennedy.  She joined her ten-year-old sister, Evelyn and three-year-old brother, Jim, who ran through the neighborhood announcing the family had a new baby and seven pups!


At Valley High School, Bette played in the band and was a cheerleader.  She often borrowed the family car and drove to Raymond to attend dances.  When she was a senior, she got her own car, a 1929 Chevrolet coupe that cost $75.  After graduating she and a friend opened a hamburger stand where the favorite menu items were Bette’s mom’s homemade pies.

When World War II started, Bette moved to Bremerton to live with her sister and brother-in-law and went to work as a secretary at a construction firm, Wright and Hoffman.  Bette loved to jitterbug, and she and her friend attended dances several nights a week, often taking the ferry to Seattle to the Trianon Ballroom.  In her later years, when she met someone who’d been in the Navy during the war, she joked, “If you were stationed in Bremerton, I probably danced with you!”

After the war, she and her friend were ready for a new adventure.  Bette wrote to the Los Angeles Chamber of Commerce asking about housing and job opportunities.  The Chamber wrote back and told them not to come.  They went, found an apartment, got good jobs and stayed for several years.

In 1950, while on a trip home to visit her brother, Bette attended a dance in Long Beach and met a young bingo caller named Sid Snyder.  After longs drives and walks on the beach, she decided not to return to California, sent for her belongings and spent the rest of her years in Long Beach.

Sid and Bette were married in 1951.  They soon had three children and a small grocery store in Seaview, and Sid spent every other year in Olympia during the legislative session, working his way up from elevator operator to state senator.

Bette was active in the community and in her children’s lives, and she also helped run the store.  She was a member of the Ladies of Elks and the Rebekah Lodge and was an avid bowler.  She was a Cub Scout den mother and Camp Fire Girls leader.

Early on, when Sid was away, she began writing him humorous letters about taking care of the kids and minding the store while he was off enjoying himself in Olympia.  They became a huge hit among Sid’s Olympia colleagues.  He often carried the most current letter in his shirt pocket, pulling it out to read to any willing listeners.

As the children grew older and the legislative sessions became longer and more frequent, Bette began joining Sid in Olympia.  They bought a condo in downtown Seattle so they could enjoy their Sonics, Seahawks and Mariners season tickets.  Baseball had always been a favorite of Bette’s, and she and Sid especially loved inviting guests to join them in their Diamond Club seats at Safeco Field.

Bette loved entertaining and was a great hostess.  She was a wonderful cook but never passed up an opportunity to dine out, and in recent years, lunch at local restaurants was a part of her daily routine.

Her funeral service will be held Saturday, March 4 at noon at the Peninsula Church Center, 5000 N Place, Seaview, and a reception will follow.

Her guestbook is available at www.penttilaschapel.com.
To order memorial trees or send flowers to the family in memory of Bette Ann Snyder, please visit our flower store.