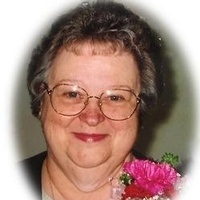 Carolyn Ruth Simukka passed peacefully from this earth to join her Heavenly Father on February 22, 2017, in Vancouver WA. Carolyn was born to Ruth (Macy) and Marion Hill on November 10, 1934 in Astoria, OR, and grew up with her Aunt Nellie and Uncle Fred Sture in Knappa, Oregon. Carolyn graduated from Knappa High School in 1952, and went on to study at Oregon State University for 1-1/2 years until she was needed back home to care for her ailing Aunt. Carolyn married Alfred H. Simukka on January 28, 1956 in Astoria OR.

While Carolyn’s favorite occupation was staying home and taking care of her family, she did spend some time outside the home employed, including Bell Telephone Company, US Army Corp of Engineers at Bonneville Dam, and Wahkiakum West Phone. After living at various Fish Hatcheries in Oregon over the years, Al & Carolyn returned to Al’s roots and the Naselle community after retirement. Carolyn enjoyed many hobbies and interests including cooking, quilting, gardening, reading, canning, and her beloved Naselle Lutheran Church.

A celebration of Carolyn’s life will be held on Saturday, March 18, 2017 at 1:00 p.m., at the Naselle Lutheran Church, followed by graveside services at Peaceful Hill Cemetery, and refreshments back at the church.

As were Carolyn’s wishes, the family asks that instead of flowers, donations be made to the Naselle Lutheran Church or Peaceful Hill Cemetery Association, in care of Penttila's Chapel, PO Box 417, Long Beach, Washington 98631.

.
To order memorial trees or send flowers to the family in memory of Carolyn Ruth Simukka, please visit our flower store.