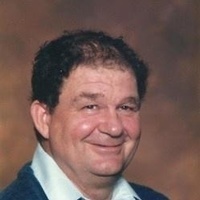 Theodore (Ted) Myrl Tolle, 81, went to God on Saturday, February 4th, 2017. He was born to Kenneth and Nettie Tolle on January 29th, 1936, in a log cabin in Wind River, Wyoming when it was 42 degrees below zero. He was the eldest of five. His family moved to Naches, WA where he graduated Naches Valley High School in 1955. After Ted graduated, he spent many years in the woods as a Logger. He spent the later part of his working career managing retirement homes with his loving wife. They moved to Ocean Park in 1986 and he finished his working career as a groundskeeper/ mechanic at Surfside Golf Course.

In his later years he had many hobbies, including; clamming, collecting stamps, playing cards with his many friends, traveling down the coast in the winter to Mexico and then to Arizona, and camping with friends and family. Ted was a family man. He loved spending time with his family, whether visiting relatives in the Yakima area, or sitting out on his deck eating oysters and drinking a beer during family reunions. He loved playing with his grandchildren and teaching them anything and everything. That was his nature, kind, caring, and loving. He was a happy person, with a great smile, although his natural facial expression was a scowl. He was a fun person to be around, and told the best stories and was full of hilarious jokes and expressions. He was a loving Husband, Father, Grandfather, Great-Grandfather, Great-Great-Grandfather, and friend.

A Memorial Service will be held at Saint Mary’s Church in Seaview on Saturday, Febuary 18th at 11 a.m.

To order memorial trees or send flowers to the family in memory of Theodore Tolle, please visit our flower store.