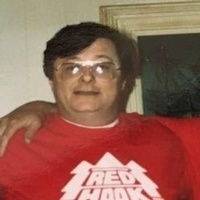 Born Henri-Pierre Stephenson in South Bend Indiana, July 10,1949. He lived his first 10 years in South Bend, and relocated to San Pedro California where he attended high school and Jr. college.  He relocated to Washington as the manager of a White Front department store in Burien when he was 22.

When White Front closed he became a Realtor and loan broker and moved to Federal Way, where he had a house on the beach. While practicing Real Estate he purchased a restaurant called the" Lock Spot Cafe" in Seattle Washington which he owned for may years.

In September 2015 he had a very severe traffic accident which he never fully recovered from. Pierre lived a very full life and had many friends, he will be missed. He requested his ashes be spread over Puget Sound which he loved.

Services to celebrate his life will be held at the Moose Lodge in Ocean Park on Saturday 1 PM February 11th 2017.

His guestbook is available at www.penttilaschapel.com.
To order memorial trees or send flowers to the family in memory of Henri-Pierre Stephenson, please visit our flower store.