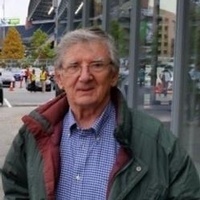 Howard Wirkkala, Jr. passed away peacefully at Columbia Memorial Hospital in Astoria, Oregon on January 10, 2017. He was born on February 4th, 1935. Howard was 81 years old. He was the second of two children born to Howard Wirkkala, Sr. and Georgina Wirkkala (nee Culbertson). He and his sister Arlene grew up in Naselle, Washington among numerous uncles, aunts, and cousins. Howard cherished his Finnish heritage.

Following in his father’s footsteps, Howard managed numerous logging crews for nearly six decades throughout the Pacific Northwest. On the job, and to many friends and cousins, he was known as “Sonny”. To his family he was Dad, Grandpa, and Big Grandpa. Howard was well-known for a sharp wit, which brought humor and levity to all occasions. Howard will be missed and never forgotten.

A memorial service is scheduled for Thursday, January 19th at 1pm at the Naselle Lutheran Church with the interment to follow at Peaceful Hill Cemetery. There will be a public viewing at Penttila's Chapel by the Sea in Long Beach, Washington on Wednesday, January 18th from 3:30 p.m. until 5:30 p.m. In lieu of flowers, donations can be made to the Naselle Volunteer Fire Department.

To order memorial trees or send flowers to the family in memory of Howard Wirkkala Jr., please visit our flower store.