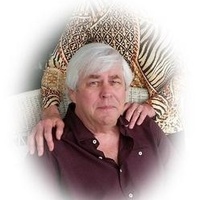 He graduated from Kelso High School and served in the US Army. He married Barbara Warzecha in 1987 and was employed as a manager in the environmental industry. He lived in Anchorage, Alaska; Las Vegas, Nevada; and California prior to moving to Ocean Park to retire.

Funeral service was held Friday, January 6, 2017 at The Peninsula Church Center with burial following at Ocean Park Cemetery. The family requests memorials to the ALS Association in care of Penttila's Chapel, PO Box 417, Long Beach, WA 98631.  His guestbook is available at www.penttilaschapel.com.

To order memorial trees or send flowers to the family in memory of Larry Price, please visit our flower store.