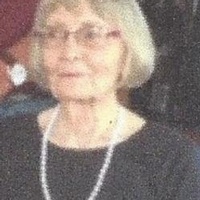 Mary Ann Wirkkala, 86 a resident of Longview the past 15 years, died in Longview on January 2, 2017. The only child of Otto and Tekla (Silvola) Keiski, she was born in Raymond, WA on September 21, 1930. As a youth, she moved with her parents to Naselle where she graduated from Naselle High School as valedictorian. Shortly after graduation in 1948 she married Paul Wirkkala.

Mary Ann settled in to her role as wife, homemaker and became mother to four sons. The family resided in the Matt Saari rental until their new residence was constructed. Mary Ann was an integral part of the Naselle community until moving to Longview 15 years ago.

In Longview, MaryAnn was active at the Calvary Community Church. There she was a teacher’s aide at the church pre-school and greatly enjoyed her work there. She never failed to relate to the children and participated in activities whenever called upon.

Graveside rites will be held Sat., January 21, 2017, 1:00 PM at Peaceful Hill Cemetery in Naselle. A memorial service will be at the Calvary Community Church 2655 38th Ave. Longview, WA on Thursday January 26, 2017 at 1:00 PM.  Her guestbook is available at www.penttilaschapel.com

To order memorial trees or send flowers to the family in memory of Mary Ann Wirkkala, please visit our flower store.