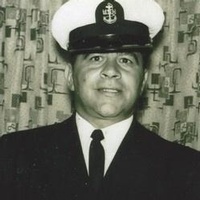 Carlo was born July 6, 1926 in Portland, Oregon.  After joining the United States Navy, Carlo rose through the ranks to Senior Chief Petty Officer and after retiring from active duty became an investigator for he US Civil Service.  He was active in both the FOE and Moose Lodge in Ocean Park and beloved by many.

A celebration of his life was held on Sunday, January 9th at the Ocean Park Moose Lodge.  His guestbook is available at www.penttilaschapel.com.
To order memorial trees or send flowers to the family in memory of Carlo Facchini, please visit our flower store.