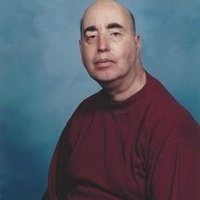 Roy Alvin Hamilton, 64, died in Long Beach on November 22, 2016 of myotonic muscular dystrophy. The son of Gerald and Virginia (Orr) Hamilton, he was born in Fort Bragg, California on July 25, 1952. Roy grew up and attended elementary school and special education classes in Vallejo and Benica, California. In 2000 he moved to Ocean Park from Vallejo.

Roy loved to play bingo, electronic games, watch television, and played pool and chess. He was blessed with a caring family over the years and especially was given excellent care during his nine and a half years when he resided at Long Beach Assisted Living Center and considered it his “home”.

No service will be held. His guestbook is available at www.penttilaschapel.com.

To order memorial trees or send flowers to the family in memory of Roy A. Hamilton, please visit our flower store.