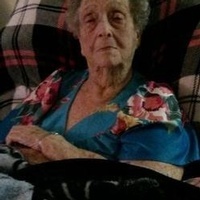 A 32 year resident of the Peninsula, Dixie A. Morrison, 95, died November 23, 2016 in Raymond, Washington. She was 95. She was born November 17, 1921 in Seattle, WA to parents Charles and Teresa Maas. She graduated at High Line high school in Seattle, WA.  She worked in several jobs while living in Seattle area, she married James T. Morrison on January 6, 1943. She moved to Ocean Park, WA in 1983. She enjoyed sewing, gardening, cooking, spending time and enjoying activities with her family. She was preceded in death by her husband whom she was married to for 48 years. One daughter, two sons, one grandson and one great grandson. She is survived by a son Tom (Jane) Morrison of Aberdeen, WA daughter in law Jennifer Morrison of Ocean Park, WA. Grandsons; David Morrison, James Weber, Tommy Morrison, Bobby Davis, Nick Morrison, James Morrison and John Morrison. Granddaughters; Tammy Wright, Mary Morrison, Lucy Bowen. There will be no service and any donations can be sent to the South Pacific county humane society.  Her guestbook is available at www.penttilaschapel.com.

To order memorial trees or send flowers to the family in memory of Dixie A. Morrison, please visit our flower store.