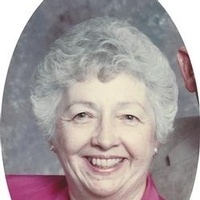 Frances Marie Clark was the daughter of LeRoy Jones Mulwee and Bertha Vestine Townsend Mulwee.  She was born in Eureka, Montana on July 11, 1932.  She passed away in hospice care at Alder House in Astoria, OR on October 25, 2016 after a very brief battle with cancer.   As the youngest of nine children, her older siblings insisted that she had to have a nickname, which was Ella Jaye.  Not only did the nickname stick, but all school, Sunday School and even census records while she lived in Montana carried that name.  Some of her brothers and sisters never called her anything else.  In 1944, her mother and 2 sisters moved to Bremerton where her mother babysat for a friend working in the shipyards.  She attended school from 6AM to noon as Bremerton did 2 shifts of school until the war ended.  In 1945, she and her mother returned to Montana.  The two sisters had met sailors and gotten married.  Since she was now the only child at home, her father decided to take a job in Washington….or Oregon…they weren’t sure.  Her Dad went to get train tickets and explained that he wasn’t sure of the name of the town, but it started with a C or a K.  The clerk read him the list of the stops that started with a C or a K.  He decided that Camas was the right town.  When they arrived in Camas, there was no job and also no money to get another train ticket.  The job was in Klamath Falls, OR.  Frances attended Camas Jr. High for 7th grade and finished school in Washougal graduating in 1950. She was a Song Queen leading cheer songs in her senior year.   She dreamed of a leisurely summer after graduating, but it was short-lived.  The President of the Pendleton Woolen Mills had come to the high school to ask the typing/shorthand teacher about her top student.  When she recommended Frances and she was offered the job, it was an opportunity that she couldn’t turn down. She was able to buy a ’53 Ford convertible which she loaned to her boyfriend one day when it was snowing.   A few hours later her best friend called to say that she had just seen the convertible with the boyfriend (Les Clark) and his buddy throwing snowballs with the top down.  She eventually forgave the boyfriend and married him and became a homemaker.   In 1966, the young family with four children moved from Washougal to Chinook.  In addition to being a full time Mom, Frances was the secretary and bookkeeper for the fishing business.  She was also the secretary for Northwest Gillnetters.   She attended most of the meetings to set fishing seasons for all the time that they were married and was very informed on fishing issues.  She was a member of Salmon for All.

Memorial contributions can be made to Chinook Fire Department.  A celebration of life will be held at Chinook Lutheran Church on November 19 at 11 AM with a luncheon following the service.  Penttila’s Chapel by The Sea in charge of arrangements.

To order memorial trees or send flowers to the family in memory of Frances Marie Clark, please visit our flower store.