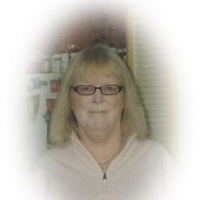 Cynthia Rae Gray, 65, a resident of Ocean Park the past 25 years, died in Portland on October 17, 2016. The daughter of William and Betty Simpson, she was born in Everett, Washington on November 11, 1950. Cynthia grew up in Everett and graduated from high school there.

For 22 years she lived in Anchorage, Alaska. There she was a member of the International Brotherhood of Electrical Workers and was employed in construction of the Alaska pipeline. While visiting family on the Peninsula she met Christopher Gray in 1991 and they married September 10, 1992. Cynthia became a permanent resident of the Peninsula thereafter.

Cynthia was a Christian and active member at Family Worship Center in Ocean Park. She enjoyed gardening, sewing, quilting, singing and traveling, having “made the rounds” of Europe. Her husband Chris fondly remembers: “it was her coy smile that melted my heart”.

Funeral service will be Thursday, October 27, 2016, 1:00 PM at Family Worship Center, 263rd and Ridge in Ocean Park. Graveside rites follow at Ilwaco Cemetery and a reception will be held at the church. Her guestbook is available at www.penttilaschapel.com.

To order memorial trees or send flowers to the family in memory of Cynthia Rae Gray, please visit our flower store.