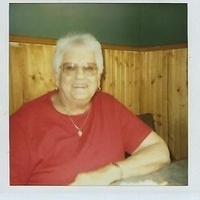 Helen Marie Brenenstahl, 81, of Long Beach, died October 14, 2016 in Raymond. She was born May 28, 1935 in Wayne County, Missouri to Claude and Laura (Barks) McCalister. Growing up in Missouri, one of her favorite things was fishing with her mom, where they would have to swim across a small stream to their favorite fishing spot. Otherwise they would have to travel ten miles around the stream to get to the spot.

In 1953, Helen married Richard Brenenstahl, and established residence in Central California. With Richard’s passing, Helen moved to Long Beach, WA where she has spent the past fifty years. Here she met Jerry Watson, and together they began their life long companionship, working on their commercial fishing boat.

Among her passions was cooking, and man, could she cook! Her cinnamon rolls where known area wide and sought after. Also she enjoyed quilt making, canning, smoking fish. Once she cooked 500 dinners at the Sea Hag to raise money for the softball team. Anywhere she could make a difference, she was there, well ahead of the need being expressed. She was an active participant of Elks Lodge #1937 in Long Beach.

Memorial services will be held 1:00 PM Thursday October 20, 2016 in Penttila's Chapel by The Sea, Long Beach. A reception will follow at the Long Beach Elks Hall for 2-6 PM. Her guest book is available at www.penttilaschapel.com.

To order memorial trees or send flowers to the family in memory of Helen Marie Brenenstahl, please visit our flower store.