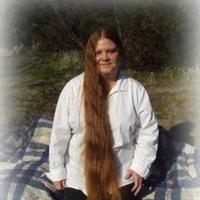 Cuba Marcella Warra, 57, a 27 year resident of Naselle, died in Boise, Idaho while returning from a visit to family.  The daughter of Ray and Savana Horsley, she was born in St. Louis, Missouri on July 26, 1959.  She grew up and received her education in Missouri and near by Arkansas.

In the early 1980s Cuba came west, eventually settling in Naselle. On March 24, 1990 she married Rick Warra and they resided in Naselle. There Cuba was a wife, homemaker and mother. She had in past years worked at Okie's Market in Naselle and also Appelo's Store in Grays River.

Cuba was very much a “people person”.  Besides her family, her focus in life was helping others no matter the situation; computers, social media, photography; and crafts—it was truly amazing what artistic endeavors she could make with duct tape!  She was a “mother to many”, especially a mother figure and mentor to Shawn Gilbert and his son Gabriel--they just being some she befriended.  Cuba was very much her own person; and following the tragic deaths of both her sons, became increasingly spiritual and reached out to many in similar circumstances.

Cuba is survived by her husband Rick of Naselle; mother Savana Ford of Barnhart, Missouri; daughters Brookelynne Warra and Riika Warra both of Phoenix, AZ; brother William Horsley of North Carolina; and three grandchildren. She was preceded in death by her sons Jerome and Davin.

Graveside service will be held Sunday, October 30, 2016, 2:00 PM Eden Valley Cemetery, rural Rosburg, Washington.  All are welcome. A celebration of her life and potluck reception follows at the Rosburg Community Hall.  Her guestbook is available at www.penttilaschapel.com

To order memorial trees or send flowers to the family in memory of Cuba Warra, please visit our flower store.