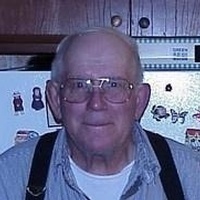 Walter W. Kato was born in Astoria, Oregon, on December 2, 1925 and died of natural causes on October 15, 2016 in his home in Deep River, Washington.  Walter was a life-long resident of Deep River, growing up on the farm, attending school, and learning the skills of farming and fishing from his father.  Walter’s parents, Gust and Jennie Kato, were both born in Finland and emigrated to America via ocean liner and Ellis Island and traveling by train to the Astoria area before World War I.  They met and married in Astoria and then moved to Deep River in 1918.
Deep River was a prosperous town in Walter’s childhood.  Logging was king; the river was filled with log rafts and bustling boom boats.  But changes were coming as the center of activity began to shift to neighboring communities with the building of the roads.  Walter was one of the last students to attend the Deep River School before transferring to the new school in Grays River.  After graduating from the Grays River Grade School, Walter then began his life’s work as a farmer and fisherman.
In 1950, Walter and his bride, Sylvia, started the first of their 66 years of marriage on the family farm in Deep River. Three children were born to the couple, Janet Kato (Mrs. Donald Smith of Deep River), William Kato (spouse, Marie, of Naselle) and Mary Kato (Mrs. Tom Worley of Kennewick, Washington). In the early days, Walt worked in the woods while operating the dairy farm and gillnetting.  Later in life he raised beef cattle, but fishing was his passion.  For 70 years he fished, on the Willapa, Columbia, and the Deep River.  It is a skill he passed on to his son and grandson.
As the fishing seasons passed and the salmon runs declined, Walter and his generation could see that the abundance of salmon was not going to last.  He became increasingly concerned and worked very hard with his neighbor, Walt Kandoll, to preserve the salmon fishery in the local area.  They were both active members of Salmon For All.  Walter also worked with the State to bring net pens to raise salmon and restock the Deep River.
In addition to his beloved wife, Sylvia, and their three children, Walter is survived by 10 grandchildren, 23 great grandchildren, 20 nieces and nephews, and one cousin, Reino Tarkiainen of Portland.
Services for Walter will be officiated by Pastor Rick Ballif at Valley Bible Church in Rosburg, Washington, on Saturday, October 22 at 10:00 a.m., with reception following.  Interment at Peaceful Hill Cemetery in Naselle will follow the service.
Instead of flowers, friends may wish to donate a monetary gift to Valley Bible Church or to Wahkiakum Fire District #3 at Grays River.
His guestbook is available at www.penttilaschapel.com.
To order memorial trees or send flowers to the family in memory of Walter Kato, please visit our flower store.