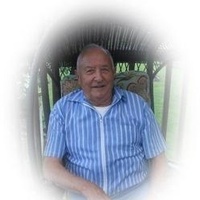 Lawrence G. “Larry” Bellack, 87, died at his Ocean Park residence on September 27, 2016. The son of George and Alma Bellack, he was born in Enumclaw, Washington on July 18, 1929. Larry grew up in the Enumclaw-Boulevard Park area and received his education there.

For over 30 years Larry operated his own home delivery milk route in King County. Over the years on the route he made many friends, and when they were old enough, his sons often went with him. Aggressive dogs became friends when he shared out-of-date cottage cheese with them; and many a child celebrated their birthday with chocolate milk, a gift from Larry. He also “carried” some accounts when times were tough, bringing home furniture and even rabbits in exchange for dairy products.

Later, Larry became a beer truck driver for K & L Beverage in Seattle prior to retirement. He was a proud member of the Teamsters union.

Twenty three years ago he moved to the Peninsula. Here he was a member of both Ocean Park Moose #2362 and Ocean Park Eagles #3602. When living in Enumclaw, Larry enjoyed his five acre ranch where he raised beef, chickens, pigs and sheep and took pride in his vegetable garden. On the Peninsula he continued his gardening, sharing the bounty with friends, and took pride in his yard.

Larry and Betty married July 26, 1954 in Boulevard Park; she survives, residing in Ocean Park. Also surviving are sons George and wife Karen, Edward and wife Valerie; daughter Tammy and husband Dave Brietenbach; sisters Barbara Shaw, Cookie Harrison and Evelyn Colella; 15 grandchildren; 19 great-grandchildren; two great-great grandchildren; and many wonderful nieces and nephews and other members of his family to whom he was close and loved them all. He was preceded in death by his oldest daughter Linda Marll who lost her battle with cancer six years ago; and sisters Mary Wilkerson, Agusta O'Connor, Dorthy Collela Ulrich also.

Larry had requested no formal service. His guestbook is available at www.penttilaschapel.com.

To order memorial trees or send flowers to the family in memory of Larry Bellack, please visit our flower store.