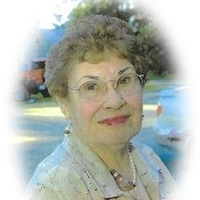 Margo was born on Oct. 10, 1926 in Guatemala to the parents of Dr.Benjamin and Carmen (Cheney) Zavaleta. She passed away peacefully on September 30, 2016, just shy of her 90th birthday. Her father was the first orthodontist in Central America.  She and her family moved by ship to San Francisco in 1938.  She graduated from Galileo High School. In 1949, she met her future husband at a dance at the “Top of The Mark” in San Francisco. She married Harry Simmons on March 18, 1950.  He was enlisted in the USAF as a Flight Engineer and they were stationed at Fairchild AFB, Spokane where there first daughter, Margie, was born. Several years later, they were transferred to Riverside, CA, where their second daughter, Linda, was born and then to Miami where their son, Harry Jr. was born. Their last station was at Ramey AFB, Puerto Rico where Harry retired after more than 30 years of service.  The family moved to Ocean Park in 1969, where Harry developed and operated a cranberry farm for his brother-in-law, Merrill Martin of Oakland, CA. They were members of the local Ocean Spray Cranberry Co-op.

Margo was a busy homemaker. She loved to entertain at home and attend community events. She loved flowers, plants and gardening and was President of the Narcissa Garden Club for many years. If you came to her home, she always had a fresh flower arrangement on her table. Halloween was her favorite time of the year and she had many decorations to display. She was a long-standing member of the American Legion Auxiliary. In the early 70’s, she taught Conversational Spanish for Adult Community Education. She was a wonderful seamstress and loved to paint with acrylics.

Margo was very devoted to her Catholic faith. She was a member of the Altar Society at St. Mary’s Catholic Church in Seaview for many years. As a greeter, she always had a friendly smile for everyone.  Margo was quite a character, always laughing and telling jokes.

Harry, her husband of 43 years, died on Nov.6, 1993 after a long illness. She later married Everett Rose, a USAF retiree, of Tacoma on May 11, 1996 at St. Mary’s Catholic Church.  They had a great time traveling and entertaining. After seven wonderful years, he died on July 18, 2003.

Margo is survived by her three children: Margie (John) Ramsey of Long Beach, Linda Simmons of Lake Oswego and Harry Simmons of Tacoma; grandsons Beau Ramsey of Marysville and Michael (Shannon) Ramsey of Puyallup; four great-grandkids: Ali, Coen, Emmi and Khloe; and her brother Robert Zavaleta of San Salvador. She also leaves behind her devoted furry companion, her beloved cat “Mishi”. Margo will be deeply missed by her family and friends!

Her casket will be open on Wednesday and Thursday October 5th & 6th, 10 AM until 4 PM at Penttila's Chapel by The Sea in Long Beach.  Private family burial will be Friday, October 7th.

On Saturday October 8th, a memorial mass with be held at St. Mary’s Catholic Church at 11:00 am.  A “Celebration of Life” reception will be held at the Peninsula Senior Activity Center from 1:00-4:00pm.  In lieu of flowers, donations can be made to the South Pacific County Humane Society or to the charity of one’s choice.

To order memorial trees or send flowers to the family in memory of Margo Simmons Rose, please visit our flower store.