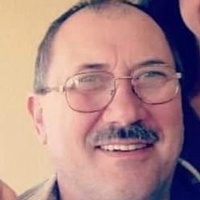 David Lee Roy Olson, 67, passed away unexpectedly on August 8, 2016, in Astoria. He was born in Wenatchee, Washington on Dec. 20, 1948.
He graduated from Tyee High School with the class of 1966.
David served four years in the U.S. Marines, serving two tours in Vietnam.  He was wounded on his second tour and was honorably discharged in 1975.
He worked for Boeing Company, and retired after more than 30 years as a machinist.
He spent many afternoons coaching  his children in baseball, basketball and soccer. On May 7, 1988, David married Carol and they lived happily ever after. They lived in the SIR area of Kent, Washington for many years before moving out to the Peninsula in 2006 where he helped build the couple’s dream home.
David was on the Surfside Homeowners Association Board, was a super bowler and played league pool.  He loved long travel trailer trips with Carol and made a journal of their travels. He had a passion for sports, Sudoku puzzles, canoeing, family and friends, and was always willing to help people when they needed it.
In addition to his wife, David is survived by his father, his sister, two children, two stepchildren, seven grandchildren and two great-grandchildren.
No words can express how much he will be missed.
There will be a Celebration of Life Memorial on Aug 20, 2016, at the Eagles Lodge at 1904 Bay Avenue in Ocean Park from noon to 3 p.m. Please bring favorite stories and pictures to share.
Penttila’s Chapel by The Sea is in charge of arrangements and his guestbook is available at www.penttilaschapel.com.
To order memorial trees or send flowers to the family in memory of David Olson, please visit our flower store.