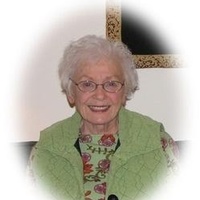 Marilyn Mable Jones Gorshe died peacefully at her home in Surfside with her family and loving caregivers on Thursday, August 4, 2016. She was born January 13, 1923 on the family farm in Fairmount, Indiana, the second daughter of Rene and Inez Brewer Jones.  She lived in Madison, Wisconsin, Salt Lake City and attended high school in Anaconda, Montana, where her father was an executive with Anaconda Copper. She met her husband William Albert Gorshe in Anaconda during high school and later married him in 1944 in Rapid City, South Dakota as he departed in the Army Air Corps for England during World War II.

Marilyn was a model and competed in beauty pageants and became Miss Anaconda and first runner up Miss Montana.  She earned her Bachelors Degree in English from the University of Idaho where she was a member of Alpha Chi Omega Sorority and was a cheerleader. She also attended the University of Utah. After returning from World War II, Marilyn and Bill moved to Phoenix, Arizona and then Spokane, Washington where Marilyn lived for 53 years.

Marilyn was an executive of the Inland Empire Camp Fire Girls in Spokane considering many of her Camp Fire leaders and daughter’s personal friends throughout her life.  Many remember her as the person in charge of getting campers on busses heading to Dart Lo and Sweyolaken Camp Fire camps each summer.  She loved to compete each year in Spokane’s Bloomsday Race and has a lifetime T-shirt collection to prove it. Marilyn was proud to be an active member of PEO and AAUW.

Marilyn moved to the Long Beach Peninsula in 2006.  She loved ancient history, politics, traveling, playing bridge, crossword puzzles and reading. She was an avid doll collector and loved fashion. Marilyn was born into the Quaker faith but converted to Catholicism as she married Bill.  She was very active in St. Augustine’s Church and Holy Names Academy parent groups in Spokane. She was a member of St. Mary’s Catholic Church, Seaview, Washington.

A scriptural service will be at 1:00 PM  on Wednesday, September 14 at St. Mary's and followed by a reception at The Depot Restaurant in Seaview.
To order memorial trees or send flowers to the family in memory of Marilyn Gorshe, please visit our flower store.