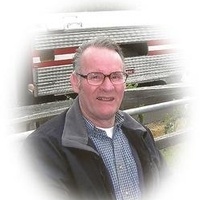 Jack Wendell Gustafson, 74, died on Wednesday, July 27th, 2016. Born in Portland, Oregon on February 6th, 1942, Jack and his sister Della were raised by their treasured parents, Wendell and Aloha Gustafson who made their home in Seaview, Washington.

As a boy, Jack enjoyed spending time at his grandparents on Willapa Bay and had a passion for all things mechanical and sometimes explosive. As a teen he built a prized hot rod. He graduated from Ilwaco High School in 1961 and learned to weld while serving in the Navy during the Vietnam war.

Upon discharge from the Navy, he opened Jack’s Welding and Machine Shop in Seaview where he would spend 32 years repairing and constructing equipment for local contractors, fishermen, and cranberry growers. Jack enjoyed classic cars, loved watching a good western, and found a simple drive down the beach a true pleasure. While health issues resulted in the closure of his valued shop, he was content spending the next 20 years with the love of his life, Joy Weber.

A grave-side service was held on Saturday, July 30th at the Ocean Park cemetery.

The family suggests contributions be made in his memory to the Ocean Park fire department.

His guestbook is available at www.penttilaschapel.com.
To order memorial trees or send flowers to the family in memory of Jack W. Gustafson, please visit our flower store.