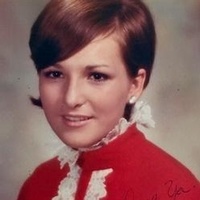 Longtime Peninsula resident, devoted Mother, and good friend to many, Cindy Vi (Hentges, Hamilton) Marsh, passed away at 63, on July 20, 2016. She was born in Vancouver, WA on July 26, 1952, to Lyle Hentges and Della (Dettwiler) Hentges. She was the oldest of five children, having two sisters and two brothers.

Cindy grew up in Hot Springs, S.D. where she was a 1970 graduate of Hot Springs High School. After graduating High School she completed Beauty School in Kalispell,  MT and was awarded Miss Fall River of 1971. Following adventure and opportunity, she headed to Southern California where she studied at Santa Monica Community College. She then married her High School sweetheart, Thomas Leonard, in the fall of 1974. Together they established a home and family and soon found themselves moving north to Ocean Park, WA in 1975, where daughter, Codie, and son, Christopher, were born. After her divorce, she continued to live and work on the Peninsula until heading North yet again to Alaska in the early 80’s. While in Alaska she  worked at two different  fishing lodges as a guest host. She also worked for a small Alaskan commuter Airlines as Chief of In-flight Services, which allowed her to do much traveling around the world,  before obtaining her private pilot’s license. For all who knew Cindy, she could fly a plane, far  better than she could park or back any car!

Circumstances brought her back to the beach in 1986.  In 1990 she married David Marsh and a Son, Casey was born that same year. Following her divorce, she attended Clatsop Community College while working to support herself and Casey. During that time she was also a dedicated volunteer Camp Fire Leader and lead her little group with passion and adventure.

Cindy was extremely resourceful and hard working. She did what she had to do to support herself and her family. She split and sold firewood to the State Park,  cleaned houses, collected bottles and cans in the community and on any open clam digging season, could easily clean hundreds of clams at her kitchen sink on a good weekend and good tides. And not to miss an opportunity, she even gave clam cleaning lessons, for a fee of course!

She enjoyed traveling, cooking, gardening, fishing and being with her friends and family. She was a devoted Mother and a loyal friend to Many. We will miss her and her sense of humor, fiery determination, and her “My way or the highway” to all who dared to cross her.

Love trusts God always, Always looks for the best, Never looks backs, But keeps going to the end. Love never dies. We don’t yet see things clearly. We’re squinting in the fog, peering through a mist. But it won’t be long before the weather clears and the sun shines bright! We’ll see it all then, see it all as clearly as God sees us, knowing him directly just as he knows us! 1 Corinthians 13


No service will be held.  Her guestbook is available at www.penttilaschapel.com.
To order memorial trees or send flowers to the family in memory of Cindy Vi Marsh, please visit our flower store.