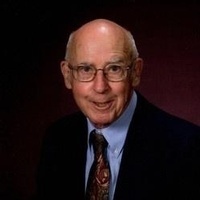 George Henry Talbott of Oysterville, Washington, died peacefully in his Surfside home attended by family on Monday July 11, 2016.  George was preceded in death by Martha, his loving wife of more than 62 years.  He is survived by his daughters Jennifer, Thelma, Mary and Lisa, his sons Charlie, George and Patrick.  He was Grandfather to twenty-seven Grand Children and 19 Great Grand Children. Also surviving George are his sisters Emily, Helen, Joan, and Patricia and brother John along with numerous nieces and nephews.

George served our nation during WWII in the US Army Air Corps as a Pilot aboard a Douglas C-47 “Sky Train”.  The majority of his service was while assigned to the 46th Troop Carrier Squadron.  This squadron saw action in the South Pacific and became known as the “Jungle Skippers” He retired from military service as a United States Air Force Major.

George returned home and attended the University of Kentucky where he received a degree in Civil Engineering.  George then met and married the love of his life – the former Martha A. Hutchinson on October 14th, 1950. They soon relocated to the Northwest where George began a career spanning some 31 years with the Dept of Interior’s Bureau of Reclamation. Later, George served abroad as an International Consultant on critical Dam projects

George was an avid outdoorsman who enjoyed hunting, fishing and sailing. He built their retirement home near the Northern tip of the Long Beach Peninsula.  From their home in Surfside (dubbed “Talbott’s Beached Ark”) George enjoyed walking along the beach, surf fishing and clamming.  Heartfelt gratitude is extended by George’s family to Harbors Home Health & Hospice.

In lieu of flowers the family requests memorial gifts be made to St Mary’s Parish, Seaview, Washington for the care and maintenance of the church. This is one of the many organizations George worked with and supported.  Any consideration given to Parkinson’s Resources of Oregon (parkinsonsresources.org) would also be appreciated.  His guestbook is available at www.penttilaschapel.com.

To order memorial trees or send flowers to the family in memory of George Talbott, please visit our flower store.