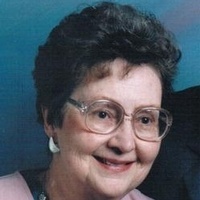 Mary Ellen Patterson, 89, of Long Beach, passed away July 7, 2016 at a local care facility. She was born to Bill and Lena Erb on May 2, 1927 in Van Nuys, California. She had two older brothers and two older sisters. While still a baby, the family moved to Albany, Oregon, where she attended Albany High School and was a member of the National Honor Society.

After graduating in 1945 Mary Ellen worked for Marks and McMann as a legal secretary for several years. She then decided to attend Seattle Pacific College in Seattle, where she met and later married Jim Patterson. They made their home in Seattle, Washington and raised three children. She worked several years in an insurance company then became the secretary of the Bothell Methodist church for 18 years until retirement in 1989. She and her husband lived abroad for a year in 1990-1991 where her husband taught at the International School in Vienna, Austria. While in Europe, they were able to travel to Denmark, France, Germany, England, Scotland, Ireland, Switzerland, Hungry and Czechoslovakia.  In 2005, Mary and Jim moved to their beach property located in Long Beach, Washington and resided there until her death.

Mary Ellen was a person who got involved in many ways, always working behind the scenes. She was a Boy Scout Den Mother, belonged to the Women’s Initiative at Harborview Hospital in Seattle, a hospice volunteer, helped at food banks, visited shut-ins and was active in the Women’s Society at Maple Leaf Church and the PTA at Northgate Elementary School. While in Long Beach she served as a deacon with her husband at the Ocean Beach Presbyterian Church in Long Beach, Washington. She had a true servant’s heart.

To order memorial trees or send flowers to the family in memory of Mary Ellen Patterson, please visit our flower store.