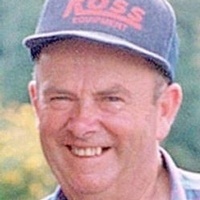 Melvin Lee Neal Ross passed away July 4, 2016, at the Canterbury Gardens in Longview.

He was born Dec. 29, 1928, to Helen and Albert Ross in Rosburg, Wash. Melvin graduated from Naselle High School. He married Carol Magnuson July 23, 1949, in Naselle. They were married for 67 years.

Melvin worked for Grays River Creamery delivering milk to various businesses in the Naselle area and then drove a tanker truck picking up milk for Lower Columbia area farmers. He also drove log truck and became known as “The Silver Bullet.” He enjoyed clamming, fishing and hunting. He was also a big NASCAR fan. He was a volunteer fireman for Naselle for several years and also “ran the line” chains for all home football games at Naselle High School.

Preceding him in death were his parents; his wife, Carol, who passed away three months prior to Melvin’s passing; a son, Kenny; a granddaughter, Alison Craig; and a sister, Leona Neves.

A graveside service is planned for 2 p.m. Sunday, July 17 at Peaceful Hill Cemetery in Naselle. A reception will follow at the Naselle Lutheran Church honoring both Melvin and Carol Ross. The family requests no flowers.

Memorial contributions may be made to the Naselle Lutheran Church.

To order memorial trees or send flowers to the family in memory of Melvin Ross, please visit our flower store.