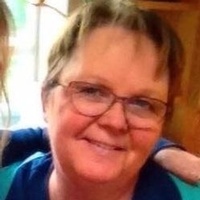 Linda Kay Simukka, 59, of Ocean Park, WA, died July 3, 2016 as the result of a traffic accident. Linda was born December 31, 1956 in Astoria, Oregon to Alfred and Carolyn (Simukka) of Naselle. She grew up in the Pacific Northwest, spending her youth at the Big Creek Fish Hatchery in Knappa, Oxbow Fish Hatchery in Cascade Locks and Bonneville Fish Hatchery in Bonneville, all in Oregon.

After high school, Linda moved to Portland, Or, then on to California and finally back to the local area where she raised her family. She worked for the Wyndham Company, beginning her career with them in Surfside, WA. She was then transferred to Lake of the Ozarks, MO, then McCall, ID and ultimately back home here to the Long Beach peninsula where she helped open the Long Beach Resort, being involved from the ground up. She will be missed deeply by her family, community and co-workers.

Among Linda’s favorite things were Blues music and festivals, the Seahawks (avid fan!), family, children and grandchildren. Nothing made her happier that gathering the family and spending time together.

A Celebration of Linda’s life will take place Saturday, July 16th with an open house from 11-2 at the Peninsula Senior Center in Klipsan Beach. A memorial fund has been established in Linda’s name at Bank of the Pacific or online at http://www.myevent.com/helplindasfam . Any funds remaining after all is settled will be donated to local charities in Linda’s name. Arrangements by Penttila’s Chapel by The Sea, Long Beach.

To order memorial trees or send flowers to the family in memory of Linda Kay Simukka, please visit our flower store.