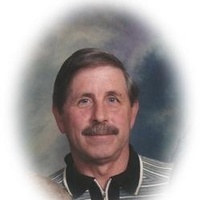 Richard Eugene Beller, 69, died in his wife's arms at his Chinook residence on May 6, 2015 following a lingering illness. The son of Raymond and Thelma (Jack) Beller, he was born April 11, 1947 in Seattle. He graduated from high school in Seattle in 1965 and his family spent summers fishing in Chinook. Following high school he joined the United States Coast Guard.

Richard was stationed two years in Ketchikan, Alaska before coming to Station Cape Disappointment for a year and a half. His final duty station was six months at Tillamook Bay in Garibaldi.

While at Cape D Richard met the love of his life, Donna Wisner, and they married in 1969 at St. Mary's Catholic Church in Seaview where they resided for five years. Ten years in Long Beach were followed by 35 years in Chinook. A year and a half ago it was back to Long Beach, only to return to Chinook 6 days prior to his passing. Richard was “so happy” to be back in Chinook.

Richard was employed for 15 years at Ilwaco Boat Works and for 18 years fished in Alaska during the summer. He owned and operated cranberry bogs until retirement.

Richard was active in several veterans organizations, enjoyed golfing on the Peninsula, and was a member of Ocean Spray Cranberry Growers. Fishing and hunting were favorite activities, as were trips to Reno and other casinos. He was a Seattle Seahawks and Mariners fan and also particularly enjoyed all sports, especially those involving family whose games he seldom missed. In past years he coached grade school basketball. Richard was a very kind and thoughtful individual who never said anything bad about others. He will be greatly missed by his family who dearly loved their husband, father and grandfather.

A celebration of his life will be held at a later date. His guestbook is available at www.penttilaschapel.com.

com.
To order memorial trees or send flowers to the family in memory of Richard E. "Dick" Beller, please visit our flower store.