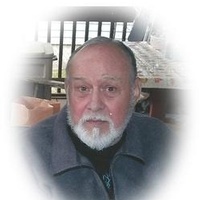 Donald Eugene “Doctor Don” Howell, left for his final homecoming on April 13, 2016 at his Ocean Park residence. Don was born September 21, 1933 in Evansville, Indiana, the son of Eugene Debs and Helen (Neimier) Howell Caudle. He was raised by his Grandmother Davidson in Evansville where he attended school, later moving to Longview, Washington.

Don joined the Army National Guard in Longview, then US ARMY serving from 1955 until 1957, and the Army Reserves until 1962 whom which he received his Honorable Discharge. He served his time stateside at various locations in Kentucky, Colorado, two in Texas, and in Louisiana where he participated in the Army's Sagebrush Maneuvers.

After his discharge Don returned to Longview with his wife Yvonne and daughter Carole. He worked at Weyerhaeuser for 13 years as a boom man. When Weyco closed the boom, Don worked at Reynolds Aluminum for 24 years, retiring in 1993.

Don married Carole Yvonne Schmitt on June 10, 1953 in Evansville, Indiana. In 1969 they purchased their “Haven of Happiness” in Ocean Park, moving there permanently in 1996.

Don was a member of various lodges including the Eagles, Elks, Moose and the American Legion. He enjoyed beachcombing, fishing, clamming, go-carting, motorbiking, rock hunting and creating jewelry. He also collected movies of which he had over thousands of. Above all, Don's foremost and main interests were his family and friends and their well being, thus earning him the nickname of “Doctor Don”.

A celebration of Don's life will be held at a later date. In lieu of flowers please send contributions to the Veterans' Administration or the American Legion. His guestbook is available at www.penttilaschapel.com.

To order memorial trees or send flowers to the family in memory of Donald E. "Doctor Don" Howell, please visit our flower store.