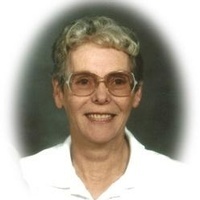 Geneva R. Lindsley, 79, a 38 year resident of the Peninsula, died in Long Beach on April 10, 2016.  She was born in Mateo, South Dakota on October 8, 1936.  Later she  moved to Colorado where she grew up, received her education, and drove mail truck for a number of years.

In 1966 she came to the Peninsula where she met Stan Lindsley and they married January 19, 1967 in Long Beach.  Geneva became a wife, mother and homemaker.  She was employed as a waitress at The Tides and Jarrett's in downtown Long Beach before retiring from Chautauqua Lodge.

Geneva was an avid reader, enjoyed family and friends, loved flowers, and was good hearted and cared for all in the Christian tradition.  She was a member of Astoria Moose.

Geneva is survived by her ten children; 36 grandchildren; 24 great-grandchildren and 2 great-great grandchildren.  One brother also survives.  She was preceded in death by her husband Stan in 2009 and by two brothers and four sisters.

Memorial service will be held Sat., May 7th, 2016, 12 Noon at Peninsula Baptist Church in Ocean Park.  A potluck reception follows.  Her guestbook is available at www.penttilaschapel.com.
To order memorial trees or send flowers to the family in memory of Geneva Rose Lindsley, please visit our flower store.