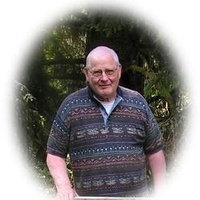 John C. Caudle, 80, died at his Long Beach residence on March 5, 2016 with his family at his side. The son of Marion and Ophelia (Wilson) Caudle, he was born in Mauldin, Arkansas on February 22, 1936. Following high school he joined the United States Air Force.

Returning stateside he attended the University of Arkansas where he graduated with a degree in Business administration (“go Razorbacks!). John was employed by the US government at the US embassy in Viet Nam for several years before moving to Redding, California. He later resided in Wenatchee, Washington prior to moving to Long Beach 24 years ago.

On June 1, 1963 he married Charlotte England and their first home was in Sterling Park, Virginia. She survives residing at the family home in Long Beach. Also surviving are children Stepheny Caudle of Phoenix, AZ, Michele Hall of Oak Harbor, WA and Troy Caudle of Bentonville, AR; and brother Fred Caudle of Mena, Arkansas. He was preceded in death by his parents, brother Marion Caudle Jr., and sisters Doylene Fair and Estene Wheeler.

John was a very private person. He requested no service or flowers. “Just remember him in prayer.”

To order memorial trees or send flowers to the family in memory of John C. Caudle, please visit our flower store.