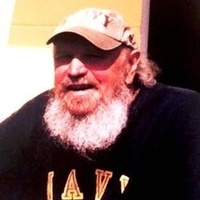 Victor Edward Eskie, age 68, died February 13, 2016 in Ilwaco, Washington. Victor was born February 25, 1947 in Dearborn, Michigan, the first child of Vivian McEwen (1926-1994) and Edward William Eskie (1926-2015). Victor attended Northville High School in Northville, MI and Michigan State University. In 1966 he joined the Naval Reserve and was activated for service in Vietnam in 1967. He completed two tours of duty aboard the USS Colonial, LSD 12, amphibious assault ship participating in several brown water operations with the US Marine Corps including assaults in the Mekong Delta and the assault on Huy where he helped establish and defend an amphibious assault logistics base. Vic was proud of his -service in the US Navy which had a lifelong effect on how he viewed his personal freedom, his relationships with people and the role the United States plays in the world.

After his service he attended Palm Beach Junior College in Lake Worth, Florida where he met his wife Lorna Campbell in an evening art class. They eloped to Switzerland and married January 7, 1971 in Lauterbrunnen. Later that year they moved to Eugene, Oregon. He attended the University of Oregon where he studied architecture and spent the balance of his life as a designer builder. He was a gifted architect and was constantly working on new ideas. His latest work centered on building a land ship combining his love of the sea and knowledge of self-sustaining and energy independent building.

He is survived by his wife Lorna Campbell Eskie of Ilwaco, WA, a son Nicholas Frederick Eskie of Eugene, OR and a sister Gail Eskie Venner of Bend, OR. Pre-deceased was a brother Michael Dennis Eskie.

Victor was a strong believer in personal freedom and was a unique individual in many respects. He loved architecture, gardening, sailing and his St Bernard dogs. His recent passion was living in Ilwaco and restoring his 58 foot sailboat Nightwind. His devotion to his profession, Lorna his wife and companion of 45 years, his son Nick and his friends and family through good times and not so good times were to be admired by all. He died saving his St Bernard dog from drowning in the Columbia River. Victor’s guestbook may be signed at www.penttilaschapel.com.

“The solace is there in the knowledge that life is life and it always will be, and it is simply a change of direction when we sail on His ship out to sea.”

To order memorial trees or send flowers to the family in memory of Victor Edward Eskie, please visit our flower store.