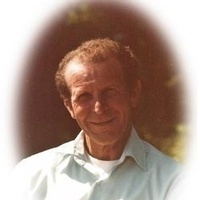 George A. Mosher, 83, a life long resident of Pacific county, died February 13, 2106 in Long Beach. One of seven children born to Wesley and Oral Mae (Church) Mosher, he was born on a houseboat anchored on the Naselle River on June 30, 1932. At age 7 his mother died and George became a man early on, residing in Ilwaco to be near family where he received his education in Ilwaco schools.

George became a commercial fisherman while in his teens, gillnetting with his father on the Naselle and Columbia Rivers and Willapa Bay.  In 1952 he married Audrey Dean and became father to sons Larry and George. The family moved to Portland where George worked for the Portland Water Bureau and daughter Leslie became part of the family.

In 1968 George and family returned to the Peninsula where he resumed his fishing career, gillnetting on the Columbia and Willapa Bay with his vessel “Miss Leslie”. He also fished summers in Alaska. He and Audrey purchased the South Winds Motel in Klipsan Beach which they operated for a number of years.

Later, George married Joan Davis and they operated two restaurants in Ilwaco, and George did summer lawn care until retirement called.  Seven years ago George moved to the Long Beach Retirement Center where he became "part of the family".

Throughout his life, George was very much his own man with strong core values.  He enjoyed the outdoors, planting flowers and clamming; the challenges of being self employed; and was proud to be a “man of the sea”. George was close to his family, spoke his mind, and was very generous.  Just like his love of roses, in life he didn't let "the thorns overshadow the beauty of the rose".

Memorial service and reception will be Sat., February 27, 2016, 1:00 PM at Penttila's Chapel by The Sea in Long Beach. His guestbook is available at www.penttilaschapel.com.

To order memorial trees or send flowers to the family in memory of George Alvin Mosher, please visit our flower store.