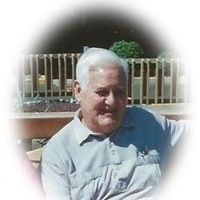 Claude E. Chamberlin Jr., known to all as “Bud”, died in Ilwaco, Washington on February 5, 2016 at age 82. The only child of Claude Sr. and Addie (Harris) Chamberlin, he was born in Wabash, Indiana on January 22, 1934. He grew up in Wabash where he attended elementary and high school. At age 17 he joined the United States Air Force.

Bud received his education as an aircraft electrician in the Air Force and retired after 21 and a half years of service with the rank of Master Sergeant.  He was awarded a Bronze Star from Vietnam and numerous other citations, commendations and ribbons during his Air Force career.

Following his military duty he became a licensed electrician and was employed by Carborundum, Alcoa and Vanalco in Vancouver, Washington  and Rolling Steel Mills in McMinnville, Oregon. Twenty years ago he retired to Ocean Park.

Bud was very family oriented, non-judgmental, known for his delightful sense of humor, and touched many lives. He enjoyed family genealogy, wood working, crossword puzzles and loved “his” tools. He was a member of Ocean Park Eagles. He often said the best day of his life was May 15, 1952—the day he married Mary Ellen Moman.

Besides his wife of 63 years he is survived by daughter Linda Cassidy of Amboy, WA; granddaughter Erica Cassidy; and great-grandchildren Willow Cassidy, Kiefer and Adalee Cassidy-Lopez, and Rileah Cassidy-McGrath. He was preceded in death by his sisters Clara, Mary Lou and Shirley.

Funeral service with full military honors will be held at Willamette National Cemetery in Portland, Oregon on Tuesday, February 16th at 12:30 PM.  His casket will be open at Penttila's Chapel in Long Beach from 10 AM until 4 PM Friday February 12th.  His guestbook is available at www.penttilaschapel.com.

To order memorial trees or send flowers to the family in memory of Bud Chamberlin, please visit our flower store.