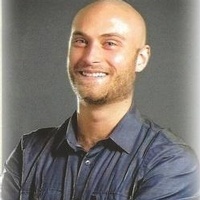 Nicholas James Wilson-Codega, aged 28, died at his home in Seattle on January 10, 2016 of esophageal cancer, surrounded by family and friends. He is survived by his mother Leigh Wilson, sister Lily Wilson-Codega, fiancée Joey Winter, extended family and countless friends.

A gifted photographer, cinematographer and musician, he emulated his beloved father Jim, whom he lost at a young age: Nick was kind, compassionate, adventurous and creative, had a delightful sense of humor, and served as mentor and teacher to many. Nick’s life was short but big; it profoundly impacted those who knew him. Having grown up in Oysterville, WA, he was recently honored with and greatly touched by a community-wide fundraiser attended by hundreds. He is deeply missed and will live on in the hearts and minds of those who loved him.

A memorial service will be held at the Oysterville Church in Oysterville, WA on Sunday, February  28th  at 1:00 p.m., with a reception to follow from 3-6 p.m. at the Pickled Fish/Adrift Hotel in Long Beach.

To order memorial trees or send flowers to the family in memory of Nick Wilson-Codega, please visit our flower store.