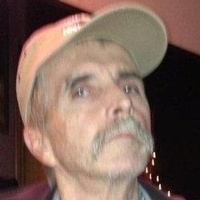 Long time Astoria resident John Andrew Owen, 71, died in Vancouver, Washington on December 24, 2015 following a valiant battle with ALS. The son of Charles and Mary (Van Horn) Owen, he was born in Portland on January 19, 1944.

At an early age he moved to Astoria with his parents. He served with the US Army 101st Airborne in Viet Nam before returning to his roots on the coast. From age 16 he fished commercially, an occupation he was proud of and enjoyed. He enjoyed hunting arrowheads in his youth and, later, cutting firewood with his father. He particularly enjoyed elk and deer hunting with the recently deceased Bob Williams and the late George Strom. He was a life member of both the American Legion in Astoria and Veterans of Foreign Wars in Westport, WA.

John is survived by his partner/wife of 42.5 years Dale Owen of Astoria; children John (Ashley) of Portland, David (Maggie) of Snowflake, AZ and Jen (Tony) of Hood River, OR; brothers Charles (Klaudia) of Wasila, AK and Bill (Stephanie) of Tigard, OR; sisters Mary (Moze) of Woodland, WA and Margaret of Astoria; nine grandchildren; one great-grandchild; and numerous nieces and nephews. He was preceded in death by his parents, brothers Jim and Tom Owen, and sister Libby.

No formal service will be held. Memorials are suggested to the Columbia River Maritime Museum, Clatsop County Historical Society, the Paralyzed Veterans of Oregon or the ALS Foundation in care of Penttila's Chapel by The Sea, PO Box 417, Long Beach, WA 98631. His guestbook is available at www.penttilaschapel.com.

To order memorial trees or send flowers to the family in memory of John Andrew Owen, please visit our flower store.