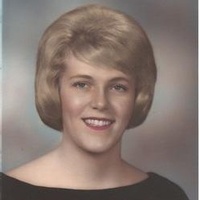 Long Beach resident Carolyn Ruth Nuzum Hilbert, 71, died in Astoria on December 9th, 2015. The daughter of Bruce and Ruth (Severson) Fichtl, she was born in Portland, Oregon on April 29, 1944. Carolyn had fond memories of her childhood, roller skating at Oaks Park Rink in southeast Portland and spending summers at Rockaway Beach, Oregon. She attended public schools in Portland where she graduated from high school.

Following high school Carolyn began working at The Bank of California in downtown Portland. Later she moved to Toutle Lake, Washington where she was employed in Longview with Lower Columbia Mental Health. Following the eruption of Mt. St. Helens in 1980, Carolyn moved to the Peninsula and was employed as bookkeeper for Willapa Counseling until retirement. She and her late husband Bill Hilbert also were employed with T & K Property Management, while briefly residing in Vancouver.

She enjoyed reading, baking, shopping, old TV shows, taking drives to new places, and perhaps most of all, cooking with and spoiling her grandkids.

Carolyn is survived by sons Kyle and wife Stacy Jewell of Long Beach and Brian and wife Debbie Jewell of Long Beach; step-son Andy Hilbert of Arizona and step-daughter Beth Hilbert of Vancouver; brother Darrell Fichtl of Georgia; grandchildren Casie Jewell, Zach Jewell, Megan Erickson and Riane Erickson. She was preceded in death by husbands Gary Jewell whom she married in 1967 and Bill Hilbert whom she married in 1989.

To order memorial trees or send flowers to the family in memory of Carolyn Ruth Nuzum Hilbert, please visit our flower store.