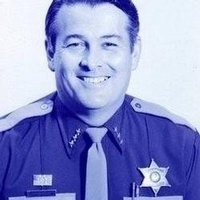 Jerry Wayne Benning was born on December 16, 1944 to George and
Beatrice Benning in Sturgis, South Dakota. After finishing high school
and college, he enlisted in the US Navy. Upon his return to South Dakota
he married Candy Plumb on January 8, 1966. He moved with his family to
the Long Beach Peninsula in 1967.

Jerry was preceded in death by his parents, a foster son Clayton Moravec and his first wife of 45 years, Candy. He is survived by his brother, James (Beth) Benning of Spearfish, SD.

Jerry married Helen R. Shepperson in Piedmont, South Dakota on June
30, 2012. She survives at the family home in Ilwaco.  Jerry and Helen
went to high school together in Sturgis and re kindled a loving
relationship after 52 years apart. Reuniting a large family in which
they had started years before with the birth of their daughter Debbie
in 1960.

Jerry was a very proud man. His pride was very apparent when he spoke
of his children. Along with daughter Debbie (Bob) of Black Hawk SD,
and Kim Gehrke, Rapid City, he is survived by daughters, Jeanne of
Portland, Sandy (Mike) of Menlo, Sherry (Mark) of Vancouver. His
grandchildren were a constant source of joy to him. Jordan was a very
large part of his life and lived with him and Grandma Candy for all of
her school years. He loved them all equally and was always bragging
about them all. He will forever be loved and remembered by each and
every one of the grandchildren. Jerry has 15 grandchildren, 13 great
grandchildren and 1 great, great, granddaughter.  Jerry's heart was
full! He was a very special "fill in father" to so many young people
who spent many hours under his loving care. He loved you all.

Jerry was a huge part of the community and enjoyed being active in
many local clubs and groups.  He was very active in Masonic lodges including Occident  Lodge #99 F&AM of Ilwaco and Pacific County Democrats.. He enjoyed participating in events with the Beach Barons and the Lower Columbia Classics Car Club. Fishing and
hunting were two sports he did to relax,  but time spent playing
cards, dancing and laughing with family and friends filled his heart!

A Celebration of Life will be held December 19, 2015 at 1:00 at the
Ocean Beach Presbyterian Church, 5000 N Place, Seaview, WA with a reception following. Internment will be at The Black Hills National Cemetery in Sturgis, South Dakota.

His guestbook is available at www.penttilaschapel.com.
To order memorial trees or send flowers to the family in memory of Jerry Benning, please visit our flower store.