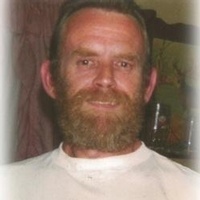 Ocean Park resident Bert E. Jenkins, known to most all as “Ed” died in Ocean Park on November 14, 2015 at age 66. The son of Fred and Helen (Kalahan) Jenkins, he was born in Tillamook, Oregon on July 11, 1949. Following his early years in Tillamook he moved to Ocean Park to live with his uncle John, later living in Napavine, Washington where he received the majority of his education.

Early on Ed began a career working in the woods, initially in Eureka, California and then other locations throughout the Northwest. Following an injury Ed returned to his roots on the Peninsula, fishing and crabbing with his buddy Gordon Poe and also oyster dredging with his dear friend Pete Heckes. Ed loved working outdoors and seemingly the more hazardous the job the better he enjoyed it.

Ed loved fishing and camping with friends and family, and was known as a great mushroom hunter, enjoying the outings with brothers and his dear wife.

Memorial service and reception was held November 21, 2015 at Penttila's Chapel by The Sea in Long Beach. His guestbook is available at www.penttilaschapel.com.

To order memorial trees or send flowers to the family in memory of Bert Edward Jenkins, please visit our flower store.