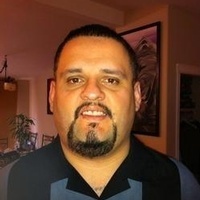 Fernan Jesus Cardenas, 39, died unexpectedly on Aug. 22, 2015, in Ilwaco. He was born March 16, 1976 in Bogata, Columbia to Gloria Espinosa Tache and Hernan Corredor. He came to the U.S. as a little boy and graduated from G. Holmes Braddock Senior High School in Miami, Fla., in 1994 and attended Miami Dade College prior to moving to the Peninsula in 2004. Fernan was the chef at Long Beach Tavern and at Luigi's/Pilothouse before that. He was a past member of both the Eagles and the Moose lodges. He loved music, karaoke, cooking, golf, the Seahawks, Miami Dolphins and the Miami Heat. He collected watches and cologne. He was the life of the party, and loved to make sure everyone had a great time. He was a great listener and gave great advice. He was always willing to help anyone. He gave great hugs and always smelled so good. He and Elissa were married on April 30, 2005. In addition to his wife, Elissa, survivors include children, Kailee Deibert, Jessica Deibert, Olivia Cardenas, Lucas Cardenas, all at home in Ocean Park; his parents, Gloria Espinosa Tache and Hernan Corredor of Miami, Fla; his brothers, Hernan Corredor and David Corredor of Miami, Fla.; his sister, Julianni Corredor of Miami, Fla.; her children, Anthony and Angelique; his mother and father-in-law, Leonard and Eunice Hamlin of Ocean Park; sisters-in-law, Debra Hamrick of Ocean Park; Judith and Peter Keo of Portland, Ore.; Donna Hamlin of Portland Ore.; Jane and Corky Cruzan of Vancouver; his grandmother, Judith Tache Sosa of Miami, Fla.; nine nieces, four nephews, 21 great nieces/nephews and numerous aunts, uncles and cousins. Funeral services were held on Sept. 1 at 1 p.m. at Peninsula Baptist Church. Donations may be made in care of the Cardenas family at the Bank of the Pacific. Arrangements are by Penttila's Chapel by the Sea, Long Beach. His guest book is available at www.penttilaschapel.com.
To order memorial trees or send flowers to the family in memory of Fernan Cardenas, please visit our flower store.