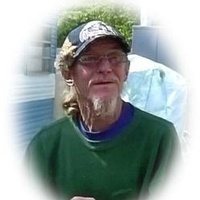 Frederick William Warden, known by many as "the birdman", died as a result of an accident in Chinook on August 7, 2015. He was born January 13, 1955 in Battle Creek, Michigan. Fred was a commercial fisherman much of his life and also performed many other "odd jobs." He enjoyed the great outdoors, gardening, craft work, wood work and bicycling. Fred had a great sense of humor and enjoyed life one day at a time. Fred took up residence in Chinook, Washington over 30 years ago. Graveside service will be Saturday August 22, 2015, 3:00 PM at Ilwaco Cemetery. Memorial service will be Sunday August 23rd, 2:00 PM at the Evangelical Lutheran Church of Chinook with a potluck following at the church. Fred will be greatly missed by many. His survivors include: Patricia and Michael McClary, Cupertino, California (sister and brother-in-law); William and Ruth Warden, Melbourne, Florida (father and mother); Marilyn and Dean Hebert, Marion, Wisconsin (sister and brother-in-law); Merrill Kies (brother), Decater Michigan; and Charlotte Lynd (sister). His guestbook is available at www.penttilaschapel.com.
To order memorial trees or send flowers to the family in memory of Frederick W. Warden, please visit our flower store.