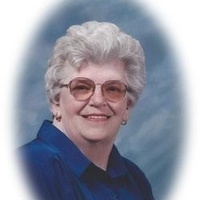 Long Beach resident Adeline Schrantz, 81, died April 30, 2015 in Astoria. Adeline was a 37 year resident of the Peninsula and an active and dedicated member of St. John Lutheran Church in Seaview. The daughter of German immigrants Johann and Johanna Helms, she was born in Norfolk, Nebraska on September 2, 1933. She moved to Vancouver, Washington and it was there that she married Charles "Chuck" Schrantz on September 24, 1950. Adeline became a wife and mother to daughter Rita and son Steven. She graduated from the nursing program at Clark College in Vancouver. In 1978 she moved to the Peninsula where she and Chuck operated Last Resort Antiques for a number of years. She also practiced her nursing profession at local care facilities. Besides her active participation in church activities she enjoyed her canine companion Boston Terriers. Adeline is survived by her daughter Rita Litten; six grandchildren and three great-grandchildren. She was preceded in death by her husband Chuck in 2002 and son Steven in 1973. Memorial service will be held Saturday, May 16th, 2015 at 11:00 AM at St. John Lutheran Church in Seaview (The Church Center) with a reception following. Graveside rites of Christian burial were held at Evergreen Memorial Gardens in Vancouver. Her guestbook is available at www.penttilaschapel.com.
To order memorial trees or send flowers to the family in memory of Adeline Kathe Schrantz, please visit our flower store.