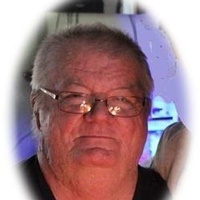 William "Bill" Currie Jr. went to be with his beloved wife Vivian and Jesus after a couragous fight with brain cancer at the age of 74 in Kennewick, Washington on December 20, 2014. Bill was a long time resident of Seaview where he was a landmark for many people as he greeted them by waving while standing in front of his home on Pacific Way as they headed north into Long Beach, or when they got their morning coffee at Cottage Bakery where he was a "regular". Bill was born August 7, 1940 in Chicago, Illinois to Mary and William Currie. He married Vivian Overton in 1961 and they enjoyed 49 beautiful years together. Bill proudly served 24 years in the United States Marine Corps, serving in Vietnam and embassy duty in Cyprus were among some of his duties. Bill retired from the Marine Corps in 1982 and moved to Seaview to be close to his wife Vivian's parents Walt and Wilma Overton. Bill held many odd jobs around town to keep him self busy. He was an avid bowler, even bowling a 297 after his son William Currie got him back into bowling later in life. He played pool and darts, but most of all loved watching his grandsons play hockey and his beloved sport, baseball. He faithfully enjoyed his morning coffee and doing crosswords with friends at the Cottage Bakery before moving to Kennewick in 2012 where he was able to enjoy his family including a once a week lunch date with his son, many family functions even including his daughter in law Genni's parents Al and Cheryl Harper who he loving called "The Out Laws". He attended many Tri-City Dustdevil baseball games, Tri-City Americans hockey games , hydroplane races and even a trip to Safeco Field in Seattle for a father and son game to see the Mariners. Bill is survived by his son Bill Currie (Genni) and two grandchildren William and Benjamin of Kennewick, WA; siblings Gil, James, David, Jeanie, and Richard. He was preceded in death by his parents and his loving wife Vivian Currie. Bill's family would like to thank those at Cottage Bakery in Long Beach and other Peninsula friends who wrote and sent flowers to him as well as his daughter in laws parents Al and Cheryl Harper who continued their daily breakfast routine by visiting him at his assisted living facility without fail. Also, the staff at Chenoweth House in Kennewick were amazing and loved him dearly. He never could understand why he was so loved, but for those that had the privilage to know him, there is no question as to why... Funeral service will be held Saturday, December 27, 2014, 1:00 PM at Penttila's Chapel by the Sea in Long Beach with a reception following. Concluding graveside service will be at Lone Fir Cemetery in Long Beach with full military honors. Bill's guestbook is available at www.penttilaschapel.com. "Semper Fidelis!"
To order memorial trees or send flowers to the family in memory of William "Bill" Currie, please visit our flower store.