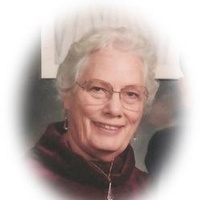 Long Beach resident Doris I. Shoemaker, 85, died in Portland on November 10, 2014. The daughter of Fred and Elva (Scott) Paulson, she was born May 16, 1929 in Esmond, South Dakota. In her infancy the family moved to Washington state where Doris attended second grade in Ronald, Washington. From third grade through high school she resided in Ellensburg, Washington. Doris married William "Bill" Wilson in Kelso in 1948. A wife and homemaker, Doris worked in the Wilson (family) Grocery Store in Longview as a clerk for over 37 years until retirement called and she and Bill moved to the Peninsula in 1988. Bill died in 1991. Doris was an active member of Ocean Beach Presbyterian Church in Seaview where she sang in the choir. She was also a member of Ocean Park Eagles, Ocean Park Moose, Long Beach Elks, VFW Auxiliary, Peninsula Senior Center, the Red Hat Society, and AARP. She volunteered at the local food bank and at the OutReach Thrift Store. She enjoyed traveling with the "Slo-Laners" RV group on their numerous campouts and potlucks. In 1998 she married Dale Shoemaker. Together they enjoyed annual trips during winter months to Arizona, harmony singing and barbershop singing. Dale was the "love of her life" and her faithful care-giver, at her side constantly. Doris also enjoyed the various Yorkie dogs in her life, most recently Sony and her feline companion Clyde. Doris was a wonderful wife, friend, and community activist and she will be missed by many. Besides her husband Dale of the family home, Doris is survived by several nieces and nephews, step-granddaughter and two step-great-grandchildren. She was preceded in death by her brother Byron and sister Virginia. Her funeral service was held November 16, 2014 at Ocean Beach Presbyterian Church in Seaview with a reception following. Concluding graveside service was held at Longview Memorial Park. Memorials are suggested to South Pacific County Humane Society, PO Box 101, Long Beach, WA 98631 or Ocean Beach Presbyterian Church, PO Box 268, Seaview, WA 98644. Her guestbook is available at www.penttilaschapel.com.
To order memorial trees or send flowers to the family in memory of Doris Imogene Shoemaker, please visit our flower store.