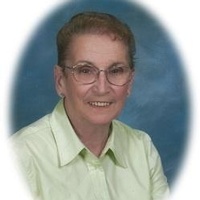 Virginia Rose Deccio Patterson Couch, 87, died peacefully at her Chinook residence on October 8, 2014. Born July 15, 1927 in Seaview, she was the middle of three daughters born to Rose and Maney Deccio. Virginia received her education in Ilwaco. At age 14 she was sent to Catholic boarding school in Seattle. Upon her graduation from Holy Names Catholic Academy she returned to the Peninsula where she worked at Noonan's Bakery in Ilwaco. She married Millard J. "Pat" Patterson in 1947. Together they were parents to two daughters and two sons. They later divorced. Virginia married Arlie J. Couch in 1967 and moved to Chinook. She worked for Ocean Beach School District as one of the much loved "lunch" ladies for 16 years. Virginia and Arlie also ran the Chinook County Park for 20 years prior to retirement in 1989. Virginia was a kind and gentle lady who will be missed by all that knew her. She will also be remembered for her great love of animals and her deep faith in the Catholic church. She is survived by her daughters Sharon Patterson Ostby and husband Keith of Olympia, WA, Kathy Patterson Colvin and husband Les of Chinook, son Michael Patterson and wife Carole of Ilwaco and son Tim Patterson of Chinook; daughter Sherly Couch Hilbert and husband Bob of Chinook, and son Raymond Couch and wife Mary of Vancouver, WA; many grandchildren and great-grandchildren; nieces and nephews. Also surviving are her youngest sister Angie and husband Jack Bradley of Ocean Park. She was preceded in death by her parents, her husband Arlie, older sister Mary Leback and three of her grandsons Mark, Mathew and Michael J. Patterson Jr. Funeral Mass will be celebrated by Father Paul Kaech on Sat., November 1, 2014, 1:00 PM at St. Mary's Catholic Church in Seaview. A reception follows in the social hall. Her guestbook is available at www.penttilaschapel.com.
To order memorial trees or send flowers to the family in memory of Virginia Rose Couch, please visit our flower store.