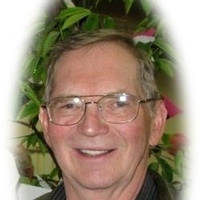 Phillip L. Wirkkala, 66, died peacefully on October 1, 2014 at his Naselle residence. Born March 2, 1948 in Ilwaco, he was the son of Naselle pioneer residents Lauri and Martha (Keiski) Wirkkala. Phillip attended Naselle grade school and was a 1966 graduate of Naselle High School. He played varsity golf and football for the Comets and was captain of the basketball team. Phillip graduated from the University of Washington. He taught history and was an athletic coach at Ilwaco High School for several years. Returning to his family heritage as a logger, he worked as a timber faller the remainder of his career. He was a life long resident of Naselle. Phillip loved working on the family farm his entire life, and particularly enjoyed haying season. An avid golfer and American history buff, he especially enjoyed spending time with his extended family and friends sharing stories and laughter. He was a devoted husband, father and grandfather, a kind and gentle man; very much his own person. He and Nancy Mercer were married in 1984 and she survives residing at the family residence. Also surviving are daughters Michelle (Steve) Josephsen of Bothell, WA and Monica (Brian) Patridge of Ashland, OR; sister Mary (Brian) West of Tulsa, OK; brothers Victor (Judy) Wirkkala of Chinook, WA, Lorne (Marliee) Wirkkala and Gary (Elaine) Wirkkala both of Naselle; grandchildren Aleah Josephsen, and Theron and Kyler Patridge; and numerous members of his extended family. At his request, a graveside service will be held Sat., October 11, 2014, 1:00 PM at Peaceful Hill Cemetery in Naselle. A reception follows at the Naselle Community Congregational Church. His casket will be open Fri., October 10, 10 AM until 5 PM at Penttila's Chapel by The Sea in Long Beach. Memorials may be made to either the Naselle Ambulance and Fire District or Peaceful Hill Cemetery Association in care of Penttila's Chapel, PO Box 417, Long Beach, WA 98631. His guestbook is available at www.penttilaschapel.com
To order memorial trees or send flowers to the family in memory of Phillip L. Wirkkala, please visit our flower store.