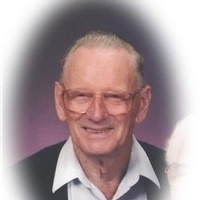 Lifelong Rosburg, Washington resident Norman Elmer Anderson, 98, died in Forks, Washington on August 23, 2014, a mere four days short of his 99th birthday. Norman was born in Astoria, Oregon on August 27, 1915 after his mother took a boat across the Columbia River, staying with a friend in Astoria, awaiting his arrival. His parents were Hjalmar and Minnie (Peterson) Anderson. Norman attended the Seal River school in Rosburg, traveling there by row boat through the sixth grade. Seventh and eight grades were at Riverside Grade and Norman was a 1932 graduate of Naselle High School. Following graduation Norman worked on the family farm in Rosburg, did road maintenance, drove school bus and worked a year for Eastern-Western Logging Company. On December 16, 1942 he was drafted into the US Army, serving in the South Pacific Theatre of action during World War II as an infantryman with the 43rd Signal Company. He was honorably discharged in November of 1945. Returning to Rosburg, Norman secured a job with the KM division of the Washington State Highway Department and was employed there for the ensuing 32 years, retiring in 1978. Norman was very active and much a part of the community he loved. He became a member of the Grays River grange #124 in 1924 and served as an officer the following 70 years. In 1938 he joined VASA Lodge District #13 and here too he served in official capacities while a member. In 1946 he joined and became an active member of thee American Legion, attending nearly every Legion state convention over the years. Norman became a member of the Veterans of Foreign Wars in 1949 and when the local post closed he transferred to the Cathlamet post. Following retirement Norman stayed busy repairing the Rosburg Hall and mowing the Rosburg Cemetery. He and his beloved wife Myrtle also loved to travel, having visited every state in the union and nearly every Canadian province. He married Myrtle Miller on May 12, 1951 in Onalaska, Washington. They were married 61 years until her death in 2012. Not only did Norman gain himself a wife but also four young sons, three of whom survive. He is survived by sons Bob (Thelma) Miller of Deep River, WA, Jerry Miller of Naselle, WA, and Don (Clarissa) Miller of Forks, WA; nieces Katherine Coleman of Pleasant Hills, CA, Karen Shermerhorn of Mt. Vernon, WA, and Barbara Rauch of Vancouver, WA; 12 grandchildren; 24 great-grandchildren; 13 great-great grandchildren; 2 grand nephews and 3 grand nieces. Besides his wife, he was preceded by his parents, son Ted, granddaughter Linda, and brother Dale. Graveside service will be held Saturday, September 20, 2014, 1:00 PM at Rosburg Cemetery with full military honors. A reception follows at the Rosburg Hall to which everyone is welcome. Those wishing may make contributions in Norman's memory to either the Rosburg Hall Fund or the Rosburg Cemetery Fund in care of Rosburg Hall, PO Box 123, Rosburg, WA 98643. His guestbook is available on-line at www.penttilaschapel.com
To order memorial trees or send flowers to the family in memory of Norman Anderson, please visit our flower store.