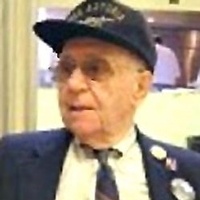 Ilwaco native son Robert "Bob" Howard, 98, died at the Oregon Veterans Home in The Dalles, Oregon on August 16, 2014. The son of William and Evelyn (Sargent) Howard, he was born January 17, 1916 in Ilwaco, the oldest of nine children. He attended Ilwaco grade school and Ilwaco High School prior to graduating from Lincoln High School in Portland. In May of 1940 he enlisted in the US Navy prior to the outbreak of WW II. As a Yeoman First Class he served aboard a transport ship in the Atlantic. He transferred to the cruiser Astoria a month prior to the attack at Pearl Harbor and transferred again to another ship just before the Astoria was sunk in action in August of 1942. His military career included combat missions in North Africa while serving on a troop transport vessel. Following his military duty, Bob studied at the Foreign Service Institute and then joined the US State Department. During the 1950s he was stationed in Iraq and Libya when that area of the world was still peaceful. Bob fondly remembered the open-air markets and mosques and later expressed remorse for the bloodshed and loss of life, both military and civilian, in the region. Returning stateside, Bob became a court reporter and lived and worked in courts in Oregon, California, Florida and West Virginia. He also served on the Oregon Arbitration Board. In 1980 he returned to the North Coast where he was a member of the Ilwaco City Council prior to moving to Astoria in 1985. There he dabbled in local politics, running unsuccessfully as a candidate for mayor of Astoria. Bob took pride in volunteering with the Loaves and Fishes program at Peace Lutheran Church in Astoria for many years. He enjoyed the friendship, meals and also the opportunity to bless the meals with a prayer. Bob once commented "I've said a lot of prayers over the years" reflecting on his life adventures. Bob is survived by his sister Doris Dean and many neices and nephews.some locally. He was preceded in death by brothers: Clyde, Edwin, Roy, Jim, and Earl Howard. And sisters: Mary Lu Osborne and Pearl Robbins. There will be a graveside service at the Ilwaco Cemetery on Saturday September 13, 2014 at 11 am. Full military honors will be accorded. All are welcome. You may sign his guestbook at www.penttilaschapel.com.
To order memorial trees or send flowers to the family in memory of Robert Howard, please visit our flower store.